How To Make The Greatest Battle Compilation Ever by THINKNTALK

How To Make The Greatest Battle Compilation Ever by THINKNTALK

A great review online about my new video through music point of view by Arthur Deligne on THINKNTALK !

The ARTE cinema show BLOW UP just released a montage of the best battles in the history of movies, and it’s pretty f*****g awesome. Their secret ingredient? Music, of course.

They also had the best archives researchers and the great experimental director Johanna Vaude, but that’s not really my point. Well … actually, it is : this creation is awesome because of its rythm based editing.

And how do you give rythm to images? Yes, you guessed it, with music! In this case, especially with a percussive, high tempo, not so melodic composition. Johanna Vaude synchronizes the rising intensity of the soundtrack to the typical progress of battle scenes: the two armies face each other, their leader make a inspirig pep talk about freedom, then it’s time to charge the enemy. The two masses of corpses and horses collide … it’s time for slaughter.

I feel like I say that in every article I write, but music gives meaning to the images. It can make it look ridiculous or super emotional. That’s the inconscious power of sound. And this video is the best demonstration we have seen for a long time.

So, remember: the right music makes the good story, the convincing message. If you need help finding the right soundtrack or if you want to create a new one especially for your project, we are here for you. 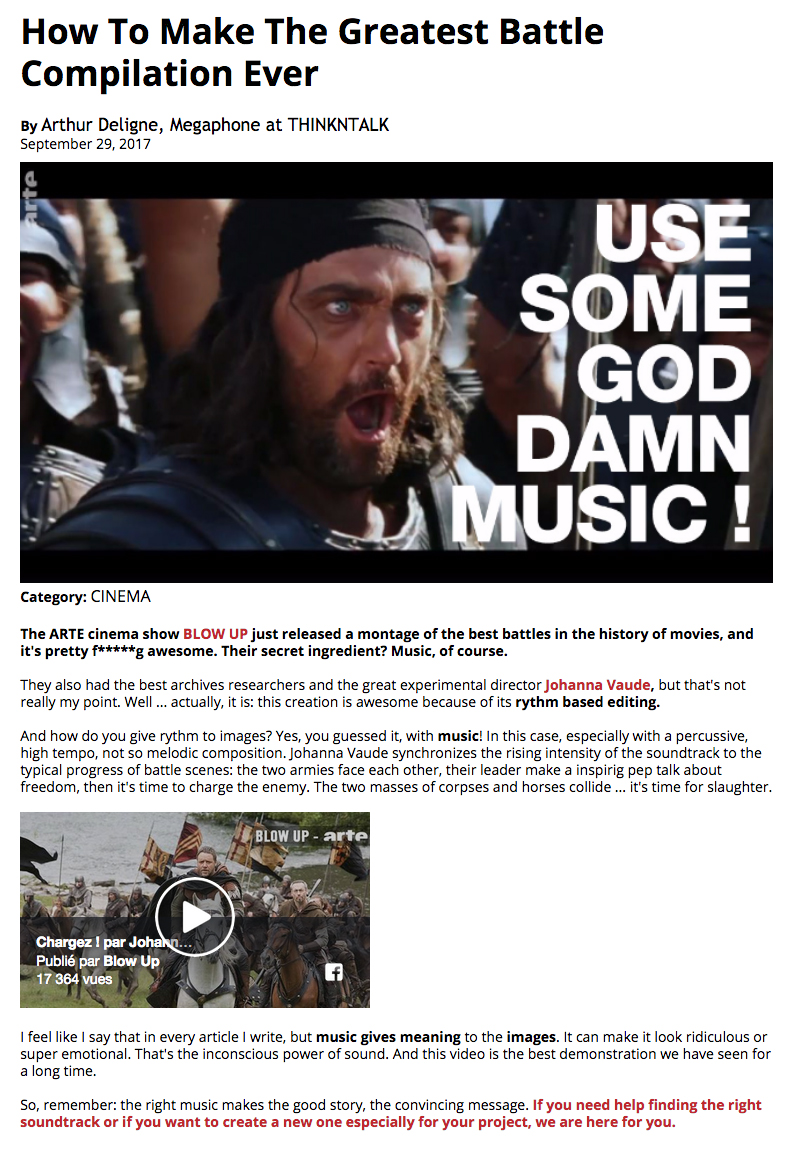